The Gold token is supported 100% by physical gold held by the Company in numerous high security private locations. The Company will continue to back the token with further physical gold. This is attained from future mining production and gold bought from cash reserves or credit. The initial token release will be supported by $30 million in physical gold currently held. Gold will fluctuate, so the supported price of the AABBG token will increase or decrease. However, the possible upside price of the token will be determined by market demand.

The main goal for the token is to become a global standard of exchange. Which is secured and trusted with gold backing. This can be achieved by increasing token circulation targeted in large populations and high growth markets. These include China and East Asia. The promotion efforts are intended to boom brand exposure and reputation. As well as, grow the use of the Asia Broadband (OTCMKTS: AABB) Gold token and Wallet. And finally, to strengthen public and investment community awareness of the Company.

Asia Broadband Inc. AABB Stock will broadcast the token release and its accessibility for sale imminently. After the last steps of testing are complete.

The company announced specifics of the characteristics of the it’s AABB Gold (AABBG) cryptocurrency wallet and token developed by Core State Holdings, Corp.  The AABB Gold Token known as AABBG is backed 100% by physical gold held by the Company in several high security, private locations in Mexico. The Company will continue to back the token 100% by additional physical gold acquired from future mining production and gold purchased from cash reserves or credit. The initial token release will be backed by $30 million in physical gold the Company currently holds.

At today’s market price of gold, this initial token release will be approximately 5.5 million tokens at the one-tenth gram of gold price for each AABBG token. The token price will also be tied to and supported by the Company at the market price of gold at a minimum. As the price of gold fluctuates, the minimum supported price of the AABBG token will increase or decrease, but the potential upside price of the token will be driven by market demand. In order to buy the AABB Gold token purchasers must download the AABB Wallet and register through the Android Google Play and Apple App Store on their smartphones or through the AABBGoldToken.com website. Within the AABB Wallet, the token will only be available for purchase in exchange for other major cryptocurrencies such as Bitcoin, Ethereum and Litecoin. Therefore, purchasers will need to hold existing cryptocurrency in any third party wallet such as Coinbase or Binance.

The Company will announce the token release and its availability for sale imminently, when the final stages of testing are complete. 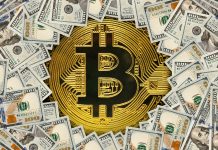 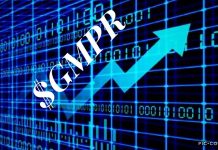 GMPR – Reduces Over 2.7 Billion Authorized – Brace for Take Off 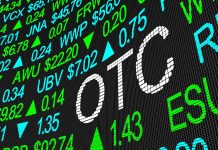