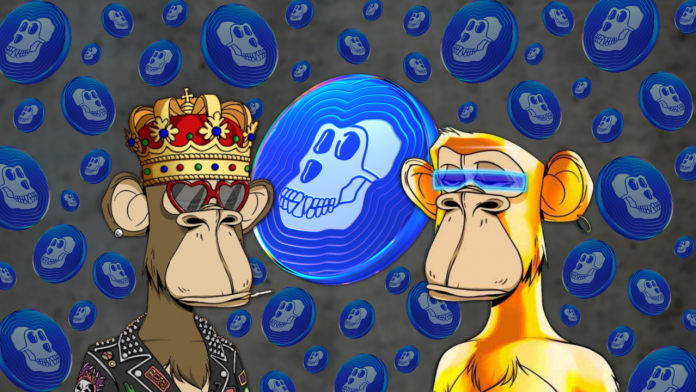 The Bored Ape Yacht Club, backed by yoga labs, recently declared that it has gained the official token ApeCoin for Play-to-earn gaming.

Bored Ape NFTs: Why Are They So Desirable?

Utilities of NFTs, community and celebrity engagement are some of the factors that make any NFT desirable. In the case of BAYC, Celebrity involvement is huge. Jimmy Fallen has paid $200,000 for his Ape which is designed as a Captain. Moreover, Eminem and Paris Hilton have their Apes as well making the BAYC NFTs more than just a token.

The initial price for BAYC Ape is $240,000 or 94 ether. With the increasing popularity of the project, that component will be perceived as becoming increasingly valuable.

Bored Ape Yacht Club is not just limited to celebrities, it has other partnerships as well which are making it an off-chain brand. These partnerships include a mobile game, Adidas for its first BAYC NFT project, and Rolling stone magazine adorned an ape for its cover.

BAYC displays properties of Apes and trades NFTs on an OpenSea platform. Prices of Apes depend upon the traits and properties of Apes. The effect of celebrities has been enormous and led to increased sales and price. NFT has generated over a billion dollars in total sales due to celebrity endorsements.

Talking about the utility factor, whether its play-to-earn games or the ability to exchange an NFT for cryptocurrency, many projects offer that. But BAYC found a way to make it interesting for its users. It offers a Bored Ape Kennel Club that allows users to ‘adopt’ a dog that emulates the physical and behavioral characteristics of the Bored Apes.

Inclusion of CryptoPunks and Meebits

Last week, the company made an announcement regarding its acquisition of the high-value CryptoPunks and Meebits NFT collections. Yuga Labs purchased these assets from Larva labs.

Yuga Labs and Larva Labs used Twitter to make announcement of the acquisition.

“We now own the brands, copyright in the art and other IP rights for both collections, along with 423 CryptoPunks and 1711 Meebits,” reads Yuga Labs’ blog post.

After the announcement of the acquisition of the CryptoPunks and Meebits NFT, BAYC witnessed a surge of 18% in its price.

In terms of sales, the most popular NFT collections are those from the Bored Apes and CryptoPunks series with a collective market value of $3.6 billion.

The SEC has stayed clear of NFT ventures for the most part but it has a checkpoint for unregistered trading of tokens. So, Yuga Labs, being very careful, will use ApeCoin to release its NFTs. To administer the ApeCoin DAO, an organization will be formed called the APE Foundation.